Cripes, ain't it wunnerful? There ain't no doubt about it. An' it don't matter wevver it's somefink wots jus' come new, or wevver it's over someone or somefink wot yew've known ever since the cows 'ave come 'ome an' been milked. There ain't nuffink really wot's better; leastways, Oi ain't found out yet wot it could be. Yeah, that's roight… Oi'm talkin' about love 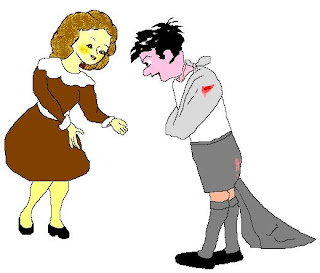 Love is all about carin', an' sharin', an' about bein' there jus' a-grinnin' an' a-bearin'-up when fings don't go the way they oughtter. It's about bein' able ter say wot yew really fink, quite darin' like really, 'cos yew know that the person wot's listenin' wot get shirty at yew. An' it's about calmin' fings down when somebody starts bangin' around an' gettin' a bit 'ot under the collar. Cripes, love is getting out the cups, an' brewin' some tea, when somebody's feelin' a bit down; an' Oi don't mean when it's yew wot's down.


Love is when yew turn yerself inside-out an' upside down ter get over a problem wot somebody's 'aving, when it ain't really yer problem. 'Cos love c'n always make a way ter foind the best in any kinda situation.


Love is finkin' of ovvers, when yew'd rather fink of yerself. It's givin' out a smile, even when yew don't feel much loike smilin'.


So 'ave yerself an 'appy day, 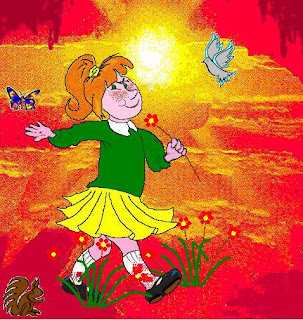 
Some people reckon as 'ow Sunday is the last day of the week, 'cos o' wot it says in Genesis about God restin'. Ovvers say as 'ow it's the first day, when God made light wiv the sun. In the finish, Oi don't reckon it matters all that much. Wot matters, is that's it's a day wot goes a bit quieter that the ovvers, when yew c'n be wiv yer friends an fam'ly, go a bit slower, an' enjoy yerself; don't yew fink?


The last week went by real fast fer me, but then it usually does, 'cos there's a lotta stuff wot 'as ter be done, an' if'n yew look at it roight, in a outgoin' sorta way, then it kinda don't take up much toime… even when it does… if'n yew see wot Oi mean…


The clock sorta stops on Sunday; leastways, it goes it bit slower; an' then yew c'n 'ibernate a bit, specially when it's cold an' snowy outside, loike wot it is fer me at the moment; though it mayn't be fer yew. Depends on where yew are, don't it? Any'ow, on Sundays, Oi start ter fink about fings, an' about people too. Oi fink about moi blog an' wonder about the people 'oo read it. Yeah, that's yew wot Oi'm talkin' about. Oi wonder wot yew are loike, an' wot yew would loike me ter put in moi blog. P'raps yew've got a blog an' all; wot makes us bloggers tergevver. Oi loike that idea…


Still an all, that ain't got nuffink ter do wiv Sunday, an' Oi'm supposed ter be givin' yew somefink about that. Cripes, when yew come roight down ter it, Oi ain't got much ter give at all, 'cept moi writin', an' moi free book wot's on http://www.smashwords.com/b/128813. It ain't much, but at least it don't cost yew nuffink, so yew can't really expect too much fer that, can yew? At any rate, it's about me, so there's a lotta movement in it, even though it's Sunday. Well, that's me, ain't it?


Most of us ain't got much choice 'cept ter be in motion in the commotion wot is life itself. Yew gotta sympathise wiv them wot can't be movin', 'cos that usually means that they ain't awake, that they're sick, or crippled, or worse... unless, because it's Sunday, they're jus' restin', an' that's real okay.

Yeah, well, It's the middle o' Feb'ry an so it's around that toime when we fink special o' love an' all that mushy kind o' stuff. Yew c'n find love all around, if'n yew look real good. There are some wot reckon that the birds get married on 14 Feb'ry, an' p'raps that ain't wrong, though personally, when Oi look outta the winder at the snow, Oi reckon that's fer the birds. Any'ow, wot is certain is that around now they get a-billin' an' a-cooin', an' all of a sudden it's Easter, wiv all them eggs, so they musta got married sometime before, an' why not in Feb'ry?


Any'ow, when yew look around, yew c'n see ovver kinds o' love loike all them parents wot love their children, even when the kids don't really deserve it. An' then there's all that stuff in books an' at the cinema. But that's only second'and love, wot ain't so valuable as the genuine first'and article. Still an' all, it gives yew the idea, 'cos yew c'n feel it.


Some people only love once, wot is a bit of a pity, unless it were an on-goin' everlastin' love sorta fing. An' then there are ovvers wot can't 'elp themselves fallin' in love ev'ry five minutes. That's a pity too, 'cos their love gets kinda diluted; if'n yew see wot Oi mean. Unless, that is, it's a kinda all-envelopin' altruistic sort o' love, an' that's real top super.


If'n yew wanta find love, all yew gotta do is make a start. The best place ter start is right there where yew are, 'cos yew c'n love yerself, an' from that beginnin', if'n yew do it roight, it c'n kinda spread around ter lots of ovvers; that is, if'n yew open up yer 'eart an' give ter them wot yew meet. If yew show yer love ter them, then they'll love you roight back, an' that's real super too. It ain't real 'ard ter do; all yew gotta do is start-off an' give it a go…


Quite often the world seems sorta sad an' lonely, but if'n yew give it a smile, even jus' a little'n, then people will smile back at yew. Well, mostly they will, if yer smile is fer them an' not only fer yerself. All yew gotta do is try it, an' yew'll see.

Jennospot 53  Moi Book is Out! 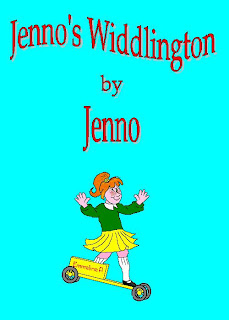 Last week Oi told yew as ow Oi was puttin' tergevver a book. Well, now it's done, an' Smashwords (cripes, wot a shudderin' sort o' noime!) 'as kindly put it up fer free wiv all their ovver books. Yew can see it, if'n yew want, at http://www.smashwords.com/b/128813. Any'ow, the last fing wot Oi did before sending it off was ter write a preface. Oi thought maybe Oi'd loike ter share it wiv yew, seein' as 'ow it's moi very first book; so 'ere it is:


The fing is, that lately, Oi’ve been puttin’ stuff up on Facebook (not prefacebook!). There’s a few people around wot seem ter loike wot Oi put there, so Oi decided ter collect it all tergevver in one place, as it were. An’ then Oi added a little bit more about moi village o’ Widdlin’ton, jus’ ter give yew good measure.


Peter St John ‘elped a bit at the start, but then ‘ee kept on, an’ on, about ‘ow moi writin’ weren’t all wot it could be. Well Oi know that already, don’t Oi? So Oi didn’t need ‘im ter tell me. An’ so Oi told ‘im straight out, that if’n ‘ee were a-finkin’ that Oi’m goin’ ter write posh English, jus’ ter please ‘im, an’ then lose all moi friends down the Lane wot’ll start believin’ that Oi’m suddenly puttin’ on ‘igh an’ mighty airs, then ‘ee c’n jolly well fink again.


If’n yew’d loike ter see some stuff about me wot’s a bit posher, yew c’d take a look at Peter St John’s “Gang” books wot are all on http://www.peterstjohn.net.