There used ter be a real big elm tree at the back o' JJ's 'ouse, until it it got blowed down in a storm. An' thereby 'angs a tale wot Peter St John tells in "Gang Warfare". Any'ow, this 'ere elm tree were the biggest in Widdlin'ton. Oi used ter be able ter see it from my bedroom skylight wot is up in the roof. Actually there are two skylights, one wot looks out over the garden o' Peter's aunt, an' one from where Oi c'n look out the ovver way towards this elm tree in Railway Meadow.


Any'ow, since the elm tree ain't there any more, an' Oi miss it, Oi'm goin' ter write about it so's Oi don't ferget. It were the biggest tree in the village, an' that's why Oi fink of it as "The Tree". It were thick, an' solid, an' so alive yew c'd almost 'ear it breavin'. It swam in the sky, breastin' the wind. There was always a green dimness under its leaves, even at midday, when a clan o' crows took a rest after swoopin' around in the air and stalkin' around on the ground, lookin' fer somefink ter eat fer their cawin' fam'lies up in their twiggy nests.


From moi evenin' skylight, Oi could see it loike a sombre, undersea monster (ain't "sombre" a super shadowy word?) drinkin' up moisture from the silent earth wiv it's octopus roots, loike a seriously solid sponge. Its 'ead would lift from the knobbly trunk up ter the comin' dark, losin' itself little by little in the shadows, until sparklin' gleams reflected the stars from its shiverin' leaves.


Sometoimes Oi wondered if'n that ol' Elm c'd fink loike us, an' if so, wot kinda thoughts it 'ad. D'yew reckon it used ter dream loike us? Oi reckon it did.


But now all its thoughts an' all its dreams 'ave gone fer firewood ter warm our wint'ry nights. Oi'm glad it lived. Oi'm sorry it's gone, but Oi'm glad it still lives in moi mem'ry. D'yew reckon it remembers me, lookin' at it from moi sky winder?


If'n yew'd loike ter read more about this grand old elm tree, yew c'n foind it in Peter St John's "Gang Warfare": http://www.amazon.com/dp/B004WXF5M4 (USA) or http://www.amazon.co.uk/dp/B004WXF5M4 (UK), but Peter don't remember it at all loike wot Oi do, 'cos 'ee lived in a bungalow be'ind moi 'ouse, an' yew couldn't see the the elm tree from there.


An' then there's Peter St John's website: http://www.peterstjohn.net/ but it ain’t got no elm trees in it neither…
Posted by Jenno at 03:23 No comments:

Live in a Novel

Jennospot 68  Live in a Novel


Oi live in an' ordin'ry sorta 'ouse wot ain't nuffink special, 'cept it's sorta cosy, 'specially in the winter, 'cos we've gotta big warm kitchen wiv a stove. But yew know, ever since Oi wrote moi first book ("Jenno's Widdlin'ton", wot's free from http://www.smashwords.com/b/128813) people 'ave been askin' me peculiar questions about where Oi live. So in the finish, Oi wrote a little poem about it. 'Ere it is. Oi 'ope yew loike it:


Live an a Novel


Some people reckon writers live in a novel,
Hovel
Wot's got furniture all sparse an' scanty; 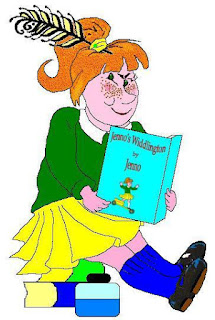 But if'n Oi write sea-songs or books of the sea,
Ain’t it rather a shanty?
Shanty


An if'n Oi write of the famous an' rich;
An' of their dark doin's Oi yell;
The biographer's trade then 'as me made,
Oi c'n live in a saucy, "Oh tell!"


If'n Oi write about pixies, an' fairies, an' elves
In magical forests to roam.
Or' write o' them chaps in little red caps;
P'raps, then Oi live in a gnome…

Loike a sheep, Oi agree, 'cos Oi've gotta quill pen
Pen
An' a room, wiv a chair, an' 'its table.
Stable


If yew're a specialist, installed in yer niche,
Stall, niche
Such as cookin', or travel an' that…
Or p'raps music's yer fing, an' yew sing as yew string
Out yer words by the bar, in A flat.
Bar, flat

We'd all loike a pile in a while from our style;
Pile, sty
Cripes, ev'ryone seeks out a buyer.


Wotever yer dwellin', we'd all loike ter be
Dwelling
Rollin' in roses an' clover;
Mintin' the money… not pen-shunnin' scribes;
Pension
Under covers wot are sellin' all over.

Wherever yew live, an' wotever yew write, don' get discouraged.