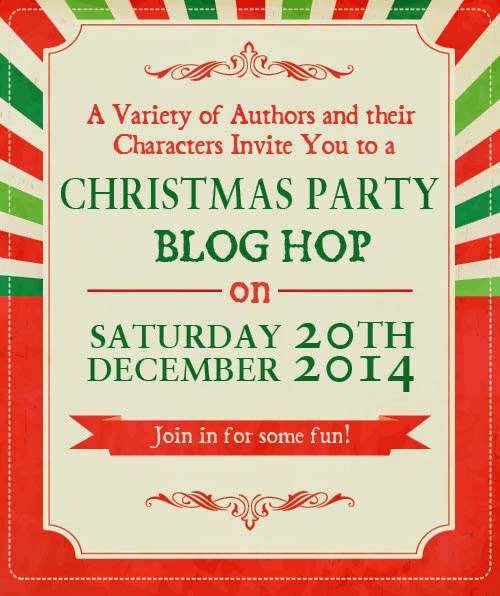 Yuletide is a time for merry-makin' an' parties. So come an' join some wunnerful authors fer an Online Virtual Party wiv a whole lot o' fun readin', an' a few giveaway prizes...!

That noice Helen Hollick, wot writes real excitin’ books about pirates an’ ovver ‘istorical stuff, loike wot ‘appened a long toime ago in 1066 f’rinstance, ‘as asked us ter write somefink about parties. Any’ow, in Widdlin’ton we ‘ave lots o’ ordin’ry parties, wiv cake an’ jelly an’ games an’ such, but there were one wot we ‘ad fer Mr Pierce, wot everybody calls “Dummy”, wot got stuck in moi mem’ry special loike. But Oi ain’t all that good about writin’ stuff down, so Oi asked moi friend Peter ter put down a few words about it. So ‘ere it is. ‘Ope yew loike it:


I was the last to arrive at Dummy's birthday party. Everyone was sitting stiffly around the table in the school shelter. Nobody was speaking.

I went straight up to Mr Pearce. His much-worn clothes were too tight round the waist and under the arms. He seemed ill at ease.

‘Arrgh, thank'ee kindly,’ he replied. He showed his misshapen teeth through a matted beard in what was more a grimace than a smile.

‘What's the matter Daniel? Aren't they looking after you properly?’

‘Reckon as 'ow it's more'n a little whiles since ol' Dan'l 'ad a party fer 'is birthday. Reckon as 'ow 'ee's roight thankful. There be a fine cake with candles wot Miss Winnifred gave and Miss Molly's biscuits an' all.’

‘You could look a bit happier about it,’ I said.

‘You're not leaving today at any rate, and you're not in the lockup,’ said Molly.

‘So cheer up,’ said Winnifred.

‘Have some beer,’ said Miss Hangar.

‘Everyone's saying it was Daniel who sabotaged the survey of the allotments,’ said Leta.

‘But it wasn't him!’ exclaimed Winnifred. ‘And Mr Trundle knows it.’

‘We know it wasn't you, Daniel,’ I said. ‘And we're going to prove it absolutely, so that it doesn't depend just on the word of Winnifred. We've already got some clues.’

Dummy looked bewildered. ‘Clues?’ he said. ‘'Ow can ol' Daniel 'elp when the Parish is puttin' 'im off'n the allotments and sendin' 'im into a home?’

‘And we're going to make sure it doesn't happen,’ said Molly. ‘Miss Hangar's going to help us.’

‘Of course she's going to help us,’ said Jenno in her best BBC voice, ‘Aren't you Miss Hangar?’

‘She's on the Parish Council,’ I said. ‘And she and Mr Trundle will tell the others what the truth is. Won't you Miss Hangar?’

‘I er— that is— yes. I'll certainly tell them the truth about the sabotage when I know myself what the truth is.’

‘See Daniel?’ said . ‘But there are some things we need to know. And only you can tell us.’

‘For instance,’ I said. ‘Did you buy those boots you promised yourself for your birthday?

‘Mr Hibberd were roight put out when ol' Dan'l asked 'im. 'Ee din't roightly know 'ow ter come out wi' it. It's the war, 'ee said. Anything wot were rubber was next ter impossible ter come by. 'Ee said as 'ow 'ee'd be roight pleased ter favour me, but that it weren't fer termorrer nor the day after. When 'ee 'ad some in 'ee'd be rememberin' a pair fer ol' Dan'l.’

‘You don't possess any other rubber boots?’ asked Jenno primly.

‘I never thought they were,’ said Winnifred.

‘Me neither,’ said Katy.

‘You are going to help then, Miss Hangar?’ said Jenno.

‘Yes Jenno, er— Jean,’ said Miss Hangar. ‘I'll do what I can; but you know, there's really very little I can do now concerning the allotments. The project is already approved and far advanced.

‘As for The Old Vicarage, it's a decision for the Church and the vicar. Any interference by the school would only arouse resentment. But I can certainly help Mr Pearce to learn to read and write. That way he could become independent of support from the Parish.’

‘And not go into a home!’ exclaimed Molly. She stuffed her knuckles into her mouth and looked horrified towards Daniel.

An embarrassed silence fell. It was broken by Winnifred: ‘I think it's about time we lit the candles. Who's got some matches?’

‘I'll ask my mum,’ said Leta. ‘Wait a tic and I'll nip indoors and get some.’ She ran into the school caretaker's house and emerged a moment later rattling a box of matches. ‘We didn't know how many candles to put on, but in any case, Hibberd's store only had one box—it's the war you know—so we put them all on. There are twenty.’ 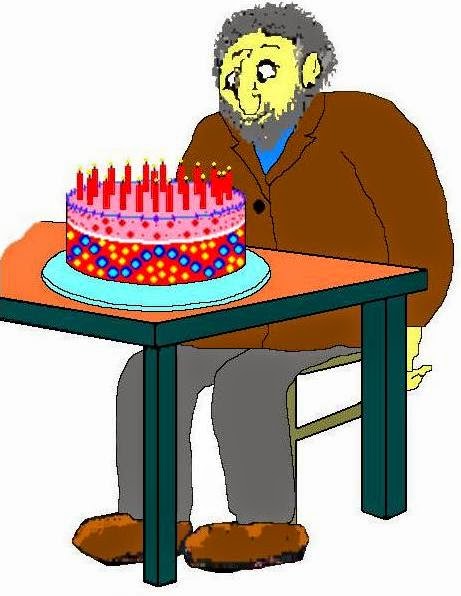 
‘Blow them all out in one go and you can make a wish,’ said Katy.


Daniel took a deep breath and blew. Twenty tiny flames disappeared to be replaced by twenty slender columns of smoke.

‘Make a wish,’ cried everyone.

‘But don't tell anyone until it comes true,’ cautioned Jenno.

Daniel shut his eyes; held them screwed tight and then opened them again.

‘Have you made a wish?’ asked Molly.

1. Helen Hollick : “You are Cordially Invited to a Ball” (plus a giveaway prize) -  http://tinyurl.com/nsodv78


3. Andrea Zuvich : No Christmas For You! The Holiday Under Cromwell - http://tinyurl.com/pb9fh3m


5. Anna Belfrage :  All I want for Christmas (plus a giveaway prize) - http://tinyurl.com/okycz3o


9. Derek Birks :  The Lord of Misrule - A Medieval Christmas Recipe for Trouble - http://wp.me/p3hedh-3f


11. Fenella J. Miller : Christmas on the Home front (plus a giveaway prize) - http://tinyurl.com/leqddlq 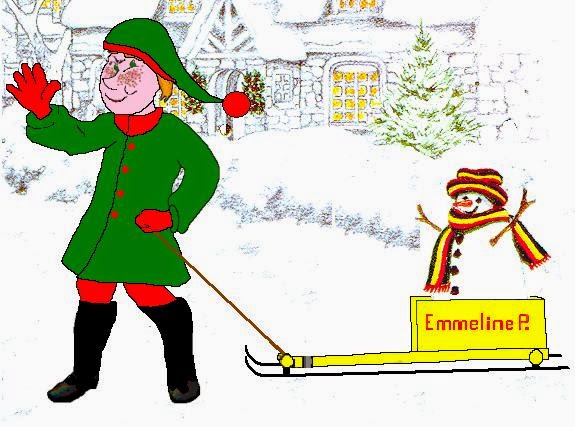