It's PStJ's birfday, an' the members of the "La Forge" Lit'ry Group took 'im out ter dinner. It weren't 'alf a barney. Well cripes, yew c'n tell can't yew, when Sally recited a poem wot she 'ad writ fer the occasion. An' 'ere it is, jus' fer fun. Well that's wot birfday parties are for, aint it? An' because o' that Oi ain't a-goin' ter try ter correct Sally's spellin' an' stuff; after all, that's wot the Lit'ry group is for, if'n yew see wot Oi mean… 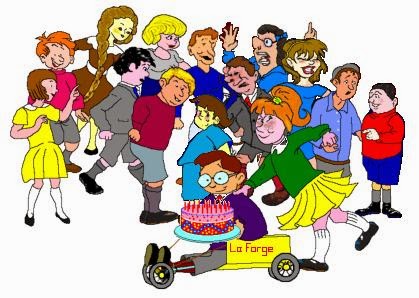 There once was a writer called Peter
Who liked poems with rhyme and with metre,
So at moments like this
Ginny fills him with bliss
And he's sure that no one can beat her.

A poem from Karin will move us,
And Rosalind's novel improve us,
Jules teases our brains,
Lesley writes of Great Danes ― (well poodles actually)
Peter's gang, of wartime manoeuvres.

So the writers who meet at La Forge
Are meeting tonight just to gorge,
Celebrate a great day
When we all want to say:
Eat, drink and be merry ― just splurge. (Splorge?)

And let's raise a glass to toast Peter's
Birthday this year ― and repeaters.
Our thanks to our host
Who gives us the most
Of his time ― and his hospitality, and we'll make that rhyme another time…


There’s someone left out of this tally
And that is our talented Sally
Her humorous verses
Delight and enchant us
Around Sally we “Forgers” all rally.
Thank yew, Ginny...

Cripes, ain't it wunnerful? There ain't no doubt about it. An' it don't matter wevver it's somefink wots jus' come new, or wevver it's over someone or somefink wot yew've known ever since the cows 'ave come 'ome an' been milked. There ain't nuffink really wot's better; leastways, Oi ain't found out yet wot it could be. Yeah, that's roight… Oi'm talkin' about love 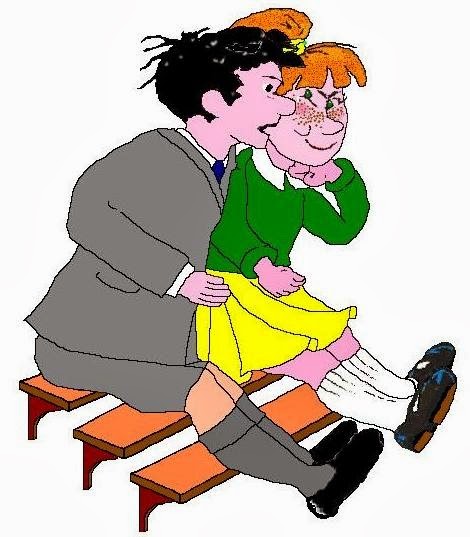 Love is all about carin', an' sharin', an' about bein' there jus' a-grinnin' an' a-bearin'-up when fings don't go the way they oughtter. It's about bein' able ter say wot yew really fink, quite darin' like really, 'cos yew know that the person wot's listenin' wot get shirty at yew. An' it's about calmin' fings down when somebody starts bangin' around an' gettin' a bit 'ot under the collar. Cripes, love is getting out the cups, an' brewin' some tea, when somebody's feelin' a bit down; an' Oi don't mean when it's yew wot's down.

Love is when yew turn yerself inside-out an' upside down ter get over a problem wot somebody's 'aving, when it ain't really yer problem. 'Cos love c'n always make a way ter find the best in any kind o' situation.

Love is finkin' of ovvers, when yew'd rather fink of yerself. It's givin' out a smile, even when yew don't feel much loike smilin'.

So 'ave yerself an 'appy day,