Oi loike readin', but Oi ain't really very much inter readin' poetry, 'cept now an again when Oi come across somefink wot's funny or or wot makes me fink real 'ard about fings, 'cos there's an awful lotta o' stuff around wot is kinda soft an' mushy, if'n you see wot Oi mean, an' that jus' gets on my wick.


The trouble is, Peter St John can't keep away from that mushy stuff. Oi've told 'im, an' Oi've told 'im, over an' over, that mush ain't worf even a spoonful o' porridge, but do yew fink 'ee listens?


Any'ow, 'ee asked me wevver 'ee c'd put up 'is latest poem on moi blog. Oi asked 'im wot it were about, an' 'ee said it were about stars. Well Oi thought that were okay, 'cos Oi loike Ginger Rogers, an' Clark Gable, an' Shirley Temple, an' such. But 'ee said as 'ow Oi got it all wrong; it weren't about film stars but them sort o' stars wot shine up in the sky. An' then 'ee read it to me. Cripes, it's jus' exac'ly the sort o' poem wot's mushy; the kind wot Oi wouldn't swap fer all the porridge in the world.

Well, Oi'd already said Okay, 'adn't Oi, even though Oi reckon as 'ow 'ee'd cheated about them stars? But Oi couldn't roightly go back on my word now, c'd Oi? But why can't 'ee write poems about interestin' fings, loike Widdlin'ton village, or Spitfires, or the Pepper Mill Lane Mob, or why  boys keep girls outta their gangs, an' such?


Without the dark there’d be no stars;
No rest, no sleep, no deep repose.
A bright, light night would then be ours;
A sleepless life that no one knows.


So cherish night that ends each day
With velvet shutters, that repair
The toil-worn threads that fray,
And knit them up with dream-filled care.


When points of light map out the sky;
When day draws down upon the earth;
They lift the heart, they beautify,
And give the spirit calm rebirth.


They shine to clarify and guide.
They seem so silent in the sky.
They come to help, and not to chide,
As through the night they burn and fly.


The stars lift up the leaden soul
When hearts lie heavily aground.
They're here to help you find your goal
When paths are lost, and aims fogbound.


Star compass points, to navigate
By diamond gleams along the way.
Their constellations designate
Bright points of night towards the day.


An' then there's Peter St John's website: http://www.peterstjohn.net/
Yew c'n go an' click around on it, if'n yew want. There ain't no poetry… thank goodness.
Posted by Jenno at 01:52 3 comments: 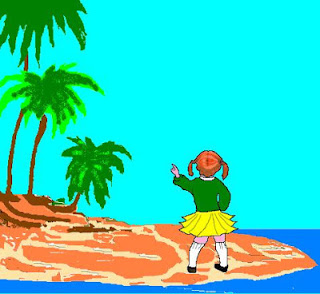 Ain't dreams peculiar? Oi 'ad a dream the ovver noight where Oi visited an island. It were an island wot ain't always visible, 'cos, loike a submarine, it c'd go down under the water so's yew couldn't see it no more. When Oi first come towards it, Oi was feelin' pretty miserable, 'cos only the very top of it was showin', an' it were slowly goin' under. Oi 'ad ter open my eyes real wide ter keep on seein' it (only Oi din't really open 'em, 'cos Oi were asleep, weren't Oi?)


Any'ow, the more Oi opened moi eyes, the more the island came up out of the water. An' as Oi got closer, I saw a notice on the beach wot said as 'ow the island was called 'Ope. An' then underneath, in little squitty writin', it said as 'ow, unless yew opened yer eyes real good, so's enough light c'd get in, yew wasn't allowed ter come ashore, 'cos wivvout yer eyes bein' wide open, the island would sink down agen.


An' so Oi 'eld my eyes open wiv moi fingers, so's the island wouldn't sink down, an' Oi went up on ter the beach. It felt real noice ter be there. So Oi lay down on the soft sand ter 'ave a little rest, an' o' 'corse, Oi shut my eyes.


Well, Oi was real disappointed when Oi woke up agen, 'cos the island weren't there any more, an' that's when Oi knew it were a dream.


Still an' all, Oi reckon as 'ow ev'ry day, we need ter 'ave a little island of 'Ope, so's we c'n 'elp ter make the world a bit better ter live in, don't yew fink? An' that's real important, 'cos if'n we ain't got that, then it's dead easy ter accept a whole lotta dismal fings wot would make us very un'appy indeed. Oi reckon as 'ow it ain't a good idea ter be un'appy, an' so it's better ter fink of the island of 'Ope.


An' then, if'n Oi shut moi eyes (but real wide open inside loike), Oi c'n see the island agen. It's a roight broight emerald green, an' the sea around is all sparkly an' blue, wiv calm ripples. An' there's jus' a little soothin' breeze a-comin' in, wot yew c'n feel above the eyebrows. Cripes, that island 'as got a real lot goin' fer it. 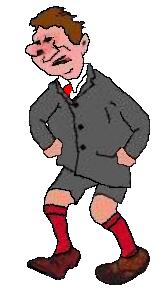 
An' then there's Peter St John's website: http://www.peterstjohn.net
Yew c'n go there if'n yew want, but it ain't as important, as wot moine is, natch.

"Spring is sprung, the grass is riz. Oi wonder where the birdies is?". Yeah, well, cripes, it weren't me wot wrote that, though Oi must say, it c'd've been. Any'ow, wot Oi wanted ter say is, that it's officially springtoime now, wot is okay wiv me, 'cos it means that the weavver's goin' ter get better; leastways, Oi 'ope it is, 'cos Oi've already taken the snow runners off Emmeline P, an' put 'er wheels back on. It would be super ter race 'er down the 'ill at Akron, wiv the All-American Soapbox Derby, but that ain't no more than moi fantastic dream. Still an' all, it's important ter dream, don't yew fink?

Ev'ryfink wot's important starts wiv a dream. An' then the dreamer finks about it, an' finks about it, until 'ee or she says: "Cripes, that's enough dreamin', an' finkin', an' a-finkin': now Oi'm goin' ter start a-doin', so's Oi c'n see moi dream 'appenin'."

D'yew know wot Oi reckon? Oi reckon that all the winter, Nature 'as been a-dreamin', an' then when it starts warmin' up a bit, Nature gets ter finkin', an' a-finkin', till all of a sudden it's spring. That's the moment when Nature springs up an' gets a-doin'. 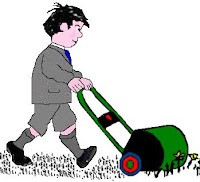 Yew c'n tell it's all 'appenin', loike in the poem, when yew see that the grass is riz. Only Peter ain't too chuffed about that, 'cos it means that 'ee's gotta get the lawn mower ready, wot 'ee don't loike doin'. There's lotsa flowers in the lawn loike, daisies, primroses, violets, an' moi fav'rite, speedwell. Oi tell Peter as 'ow 'ee's gotta mow around 'em, but 'ee don't take much notice. 'Ee says as 'ow 'ee don't loike a piebald lawn, an' as 'ow oi c'n mow it mesself, if'n Oi don't loike it. Yeah, well Oi s'pose 'ee's more or less roight…

As fer the birdies, well cripes, they keep getting' up earlier an' earlier, an' then singing their little 'earts out, earlier an' earlier. So Oi don't do no wonderin' about where they is, 'cos around 'ere at any rate, there ain't no doubt. There's even one wot's all yeller. No Oi don't mean that 'ee yells loike them ovvers; it's 'is colour wot is yeller. Trouble is, 'ee goes around ter all the winders a-tappin' on 'em wiv is beak, Gets ter be roight aggrannoyin' after a while, if'n yew understan' wot Oi mean. Oi 'ave ter draw the curtains. That stops 'im. 'Ee's gotta a roight appropriate noime though: 'Ee's called a yeller'ammer.


An' then there's Peter St John's website: http://www.peterstjohn.net
Yew c'n go there if'n yew loike. It’s not bad, ‘cos it’s got moi picture an’ ovver interesting stuff, but it’s less important, that’s all. Besides, 'is books ain't free, loike wot mine is…
Posted by Jenno at 01:44 1 comment:


Yeah, it's the very first book wot Peter St J wrote about Widdlin'ton, an' Oi were there, an’ Oi seed this new kid, see, from moi bedroom winder. Well it ain't really a proper bedroom, 'cos it's up in the roof loike, where the rafters are. But that's where Oi keep moi stuff an' it's where Oi sleep, so it's a kindava bedroom.


Oi 'ad ter move outta moi real bedroom 'cos moi dad were goin' ter make it inter a barfroom, wot we didn't never 'ave. 'Ee got 'alfway towards finishin' it when the war come, an' 'ee went inter the army. We ain't 'eard from 'im fer a while. Oi 'ope 'ee's all right… We still ain't got no barfroom; we use the copper in the laundry. Oi reckon as 'ow we'll jus' 'ave ter wait till 'ee comes 'ome ter 'ave a proper barf, loike in them glam American films.


The winder up in the roof ain't a proper winder neither, 'cos it's just a sorta 'ole in the tiles wiv glass in it. But it's real 'igh up an yew c'n open it a little way. Oi c'n see roight across ter from there, an' even further up ter the Layers at the top of the valley, where we race soapbox carts.

Well, loike Oi was sayin', it all started when Oi seed new this kid wot Oi 'adn't never seen before, come inter the garden wot backs on ter ours be'ind the chickens. Cripes, didn't 'ee look skinny, an' sad, an' all sorta forlorn (ain't "forlorn" an interestin' word? Makes me fink of a lamb wot's been shorn an' is feelin' lonely, an' cold an' lost). Any'ow, this kid 'ad 'is 'ead down, an' 'ee looked loike 'ee'd lost a shillin' an' only found a penny, if'n yew get moi meanin'.

Any'ow, that don't matter none. Wot mattered was that Oi felt sorry fer 'im an' wanted ter talk wiv 'im, only it weren't allowed by the Pepper Mill Lane's gang leader J.J. (John Jay that is) ter fraternise wiv over gangs. So Oi 'ad ter foind a way ter do it wivvout J.J. an' the ovvers knowin'. It were lucky we 'ad the chickens, 'cos that made it easier.


Any'ow, that's 'ow it all started, even though Peter St John tells it a bit different.


If'n yew want ter know more, yew gotta click on the picture of the Tower o' Lunnon, up top at the roight. Yew never know, yew moight get lucky an' win a free copy o' "", even though Oi don't approve.

Cripes, 'oo does Peter St J fink Oi am, givin' away a story about me, wivvout even askin' by yer leave…? Any'ow, it's done now, so ' ave yerself an 'appy day.